Is it smart to get a 4K monitor for your PC?

Alongside HDR, high refresh-rates, and curved panels, 4K is one of the most intriguing and popular display specifications to opt for when upgrading your monitor. As prices have come down, they're more accessible than ever, and that has many people wondering, is it smart to get a 4K monitor for your PC?

As with everything to do with PCs, gaming or otherwise, it very much depends on what you want to do with it, and whether you have the other hardware to back it up.

What is a 4K monitor?

Before we can decide whether a 4K monitor is right for you, it's important to clarify what exactly a 4K monitor is. Technically, a 4K monitor can be any display which has a horizontal resolution that is around the 4,000 pixel mark. The most commonly found in monitors and televisions is typically described as ultra high-definition, or UHD, and has a resolution of 3,840 × 2,160, using the 16:9 aspect ratio. That's precisely twice the horizontal and vertical pixels of a 1080p display, making it four times as dense on displays of the same physical size.

But for the most part, 3,840 x 2,160 is the resolution that people mean when they're referring to 4K, and unless you're buying a monitor that has a unique shape or configuration, that's likely to be what you end up with.

What does a 4K monitor do?

The main purpose of a 4K monitor is that it has a much higher resolution than 1080p, typically twice that of its horizontal and vertical pixels, thereby offering four times the number of pixels. That leads to a sharper image, especially close up, and can help showcase finer details of an image, making for a more realistic picture, whether you're looking at photos, watching a TV show or movie, or playing a game.

There are diminishing returns on increasing resolution, however. While there is no denying that 4K is prettier to look at than more traditional HD resolutions, like 1080p, the differences between the two aren't as stark as they were when moving from SD to HD.

You can see extra detail when up close with 4K, but what it does allow you to do is enjoy crisp visuals on larger displays. That's where you'll tend to see the most benefit with that resolution too. 4K on a 15-inch laptop display is largely wasted, but once you go beyond 27-inches, 1080p can look a little strained, which is where higher resolutions like 1440p, and in this case 4K, really come in to their own.

That's also a reasonable precaution to take against one of the difficulties with 4K. By giving you more pixels to work with, it can make everything on your screen a lot smaller. That can include your desktop icons, browser menus, in-game user interfaces and more. Many platforms offer scaling to get around this issue, but it's worth considering and another good reason to buy a reasonably big 4K monitor if you're going to do it.

What do you need to watch movies on a 4K monitor?

Another consideration to make when buying a 4K monitor, is whether your PC is powerful enough to run it. If you just want to run Windows applications or watch 4K movies, you don't need anything too hefty. If your GPU is from at least the last five years, and you have a reasonable mid-tier processor and memory, you should have no difficulty with using a 4K monitor.

You'll need to make sure that your 4K monitor is connected to your PC over a cable and connector that supports 4K resolution. DVI-D and VGA are no good, as they just don't have the bandwidth for such a connection. HDMI isn't a bad choice, but the oldest you could use is HDMI 1.3 or 1.4, which support 4K at 30Hz at most. HDMI 2.0, however, can handle 4K at 60Hz without difficulty. You'll need HDMI 2.1 for anything beyond that, though.

DisplayPort is arguably the best connector standard to use for 4K, with even older DisplayPort 1.2 connections being able to handle 4K at up to 75Hz. DisplayPort 1.4 can go all the way up to 120Hz at 4K resolution, with newer standards going far beyond that if required – though they are particularly rare.

USB-C is also an option, especially if you're outputting from a laptop, though it needs to be one of the higher speed versions of that connection to best take advantage of 4K.

What do you need for gaming on a 4K monitor?

4K isn't too taxing on a PC if all you're doing is watching movies and web browsing, but if you want to game at 4K, that's a whole other story. 4K is an extremely taxing resolution to play games at, even in older AAA games and while you may be able to get reasonable frame rates with mid-tier graphics cards, the best graphics cards for 4K gaming are at the top end of the pile.

AMD, arguably doesn't have a GPU designed with 4K in mind at this time, with its current flagship, the 5700 XT, more targeted towards 1440p gaming. For true 4K power, you want to look at cards like the Nvidia RTX 2070 Super and up, that includes the original 2080, the 2080 Super, and the 2080 Ti, with the Ti being the best of the bunch when it comes to delivering high frame rates at 4K.

This is all somewhat dependent on the types of games you want to play and the frame rates and detail levels you expect to run those games at – indie games are easily playable at 4K on much weaker hardware. But if you want to play the latest AAA games with everything maxed out at 4K resolution and expect anything but a slideshow, you're going to want a powerful graphics card. Our guide to the most powerful GPU and CPUs can help lead you in the right direction. What should you look for in a 4K monitor?

4K monitors are more affordable today than ever, but that doesn't mean you should go for a budget choice. If you only want to use the 4K monitor for browsing the web and answering emails in as crisp a picture as possible, than a 4K monitor that fits your budget is the most important consideration. Don't fret too much about the details.

If you want to watch movies, an IPS panel is a good one to look out for, as it improves colors and viewing angles. HDR support is good too, if you don't mind spending quite a lot more for the privilege.

If you're a gamer, then there are a few other features worth paying a little more for. Adaptive sync technologies, like FreeSync and G-Sync will make sure that your gaming experience is smooth, and tear free. If you expect to be able to render your games at above 60 FPS too, a high refresh rate 4K monitor is a good one to opt for, although that combination of technologies tends to get inordinately expensive. 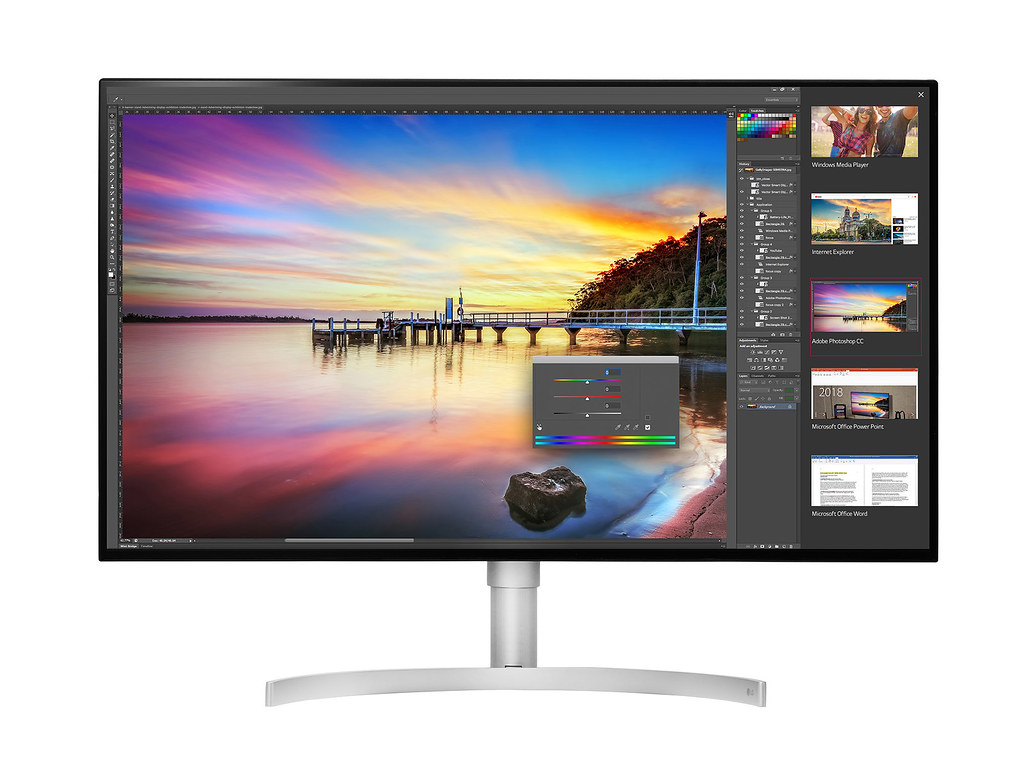 Give us a call to learn more

If you feel like you need a little more information on whether a 4K monitor is right for you, or want to spec out a system to see what you might need to run your favourite games at 4K resolution, give Chillblast a call. Our in-house experts will walk you through everything you need, and get you ready to enjoy 4K resolution in all its glory.